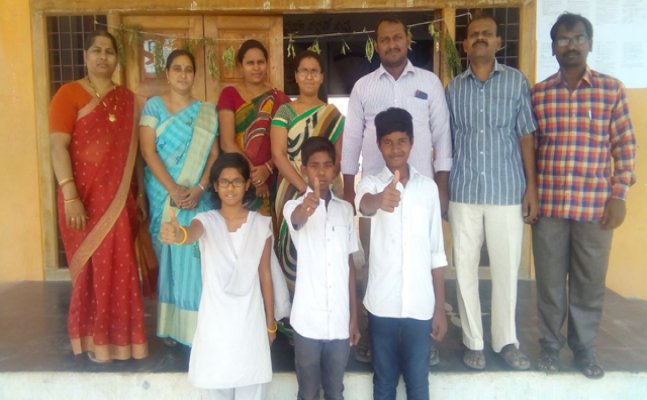 Out of them, three students−P Zaheer Khan, S Diwan Vali and C Bharati−were selected for the NMMS

Out of them, three students−P Zaheer Khan, S Diwan Vali and C Bharati−were selected for the NMMS.

NMMS, in order to provide financial aid to meritorious but economically underprivileged people, have conducted a merit scholarship test in 2017. The scholarship test that was conducted across the state scanned 173 students from 35 model schools in Kurnool district before arriving in the final list of awardees.

Thirty-three students from Aspari Model School appeared for the test, he said. The scholarship amount awarded to the winner students is a stipend of Rs 6,000 per annum for 4 years, beginning from ninth standard to completion of Intermediate.

The Centrally Sponsored Scheme “National Means-cum-Merit Scholarship Scheme (NMMSS)” was launched in May 2008. The objective of the scheme is to award scholarships to meritorious students of economically weaker sections to arrest their drop out at class VIII and encourage them to continue the study at the secondary stage. Scholarship of Rs. 6000/- per annum (Rs.500/- per month) per student is awarded to selected students every year for study in classes from IX to XII in State Government, Government aided and local body schools.