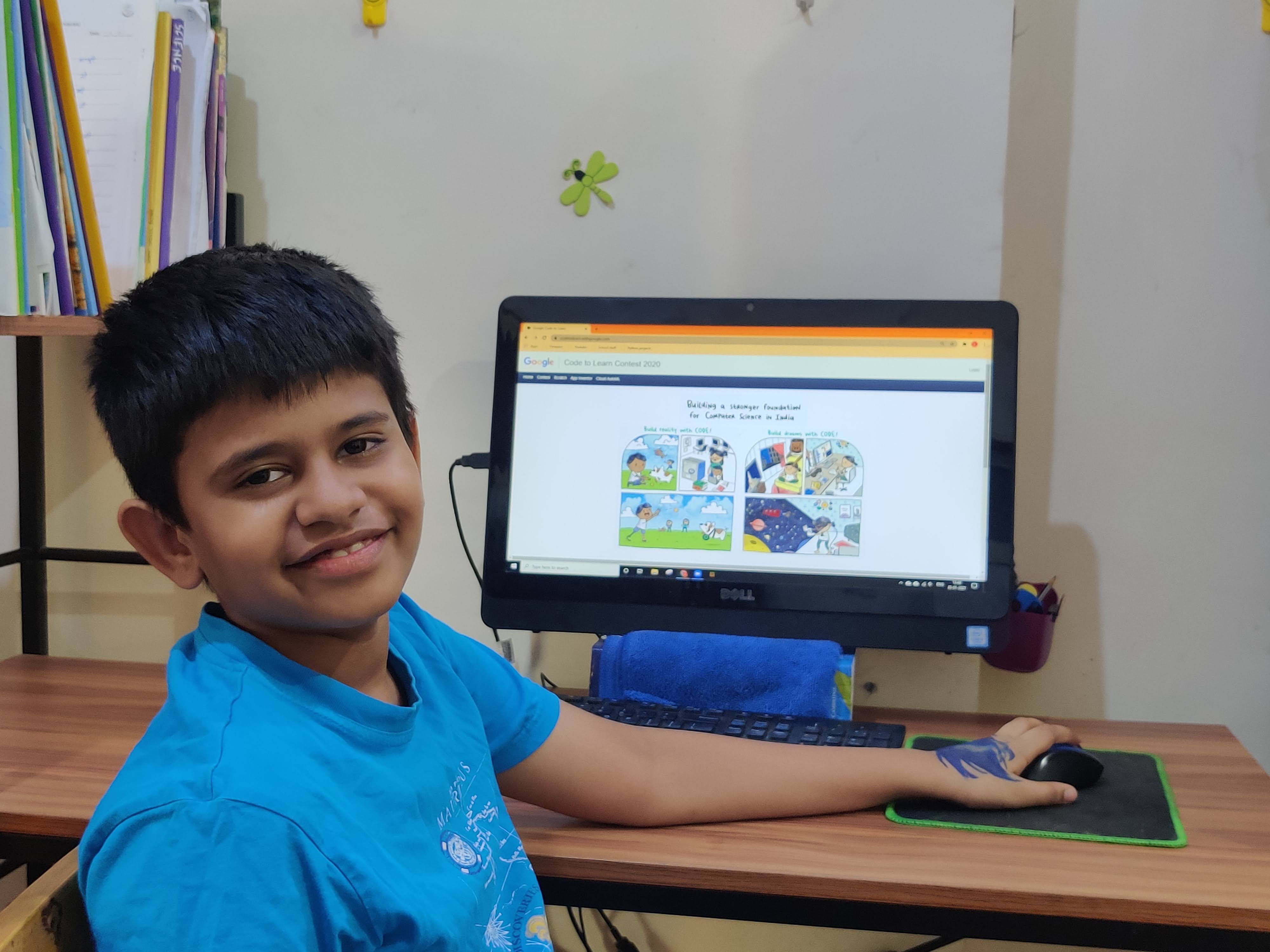 While this year most of the students were busy studying online. Ayush Sankaran a class 5 student of Billabong High International School, (BHIS) Malad has set an example by utilizing his time between online studies, learning to code and wining some exciting prizes by creating several mobile applications. Ayush has recently won the ‘Google Code to Learn’ contest and emerged as the winner in competition across India.

Ayush participated in All India coding contest conducted by Google for school students across India. Lakhs of students across the age group participated in this contest, where Ayush participated in grade 5 category. He created a game in the scratch platform titled “Space Ninja Warrior”. This game is based on the Maths theme. The reason he chose this theme is because of Maths being his favourite subject. After rigorous selection seven finalists and three winners were chosen, among them, Ayush stood 2nd in the contest in class 5 category. He will soon receive chrome book from Google and a certificate for the same.

Apart from this Ayush also won MIT App of the month in Jan this year for creating an app Lingo Land. This is an app which he created along with his friend Jashith Narang. The app is available in play store for download. One can learn Sanskrit and Spanish in a fun way with the help of this app. He now plans to include French and Marathi languages and the school curriculum and launch the app for his classmates with his school’s help.

Ayush Sankaran, said, “I like to experiment with game and app design. I was very thrilled to win the Google code to learn and am looking forward to getting the chrome book from google. I will create more games and apps on that!!

Madhu Singh, Principal, BHIS, Malad, said, “Ayush has made us proud by winning at the national level and to bring accolades in several occasions. Ayush is a talented student and has created several mobile educational applications during lockdown! Keeping in mind his inclination to coding, we have always supported him to nurture his love for it and provided him with the necessary encouragement to enter and excel in all competitions that bring out his strengths.”

Sankaran has been pursuing his coding hobby in this period of lockdown. He loves coding and also won the MIT Inventor award for developing a quiz-game app, World of Magic that helps his classmates to enjoy English literature. He also developed a web game "CARONA, KARONA, HAMSE DARONA" creating awareness on Corona.

Billabong High International School is the leading premium K12 education chain in India with 35 schools in India and Maldives. Its goal is to create high interest and rewarding learning experiences that will stay with children for the rest of their lives. Giving a purpose to learning and allowing children to be thinkers, innovators, and problem-solvers will result in the natural and integrated development of knowledge, skills, and thinking. Billabong High International School offers the ICSE, IGCSE and CBSE boards, from preschool through Grade 12.