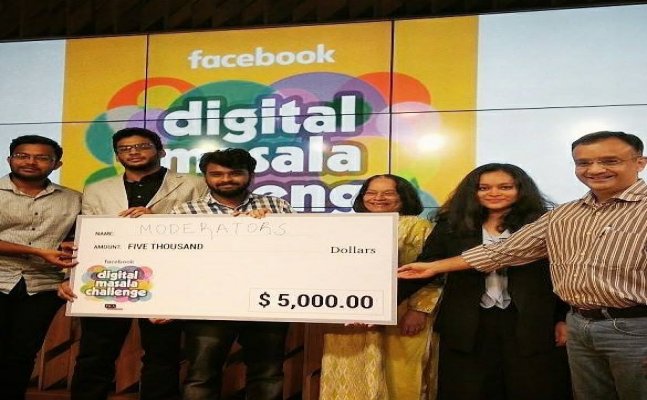 AMU team which had to compete with four other teams of professionals and students from across the country.

Aligarh Muslim University students have built up an application that can detect violent and extremist content on the Internet potent enough to cause public outrage and rank them on Polarisation Index so that it can be removed immediately from the social media platform and internet.

A group of three final year engineering students from Aligarh Muslim University (AMU) won the two-day `Digital Masala Challenge`, a hackathon, sponsored by Facebook India. The group was funded with $5000 from Facebook at the event.

AMU team which had to compete with four other teams of professionals and students from across the country formulated the idea to monitor digital space to counter extremist contents, which provided a viable solution to the problem, won a funding of $ 5000 from Facebook in the event.

The team, which identifies itself as "The Moderators", comprises Hamzah Khan, Ashar Shahid and Baqir Khan.

The Digital Masala Challenge is a creative competition sponsored by Facebook where five teams competed to produce a tech or non-tech solution to counter violent extremism, and reconnect communities. The content can be an app, a social media campaign, or anything else whose impact can be measured.