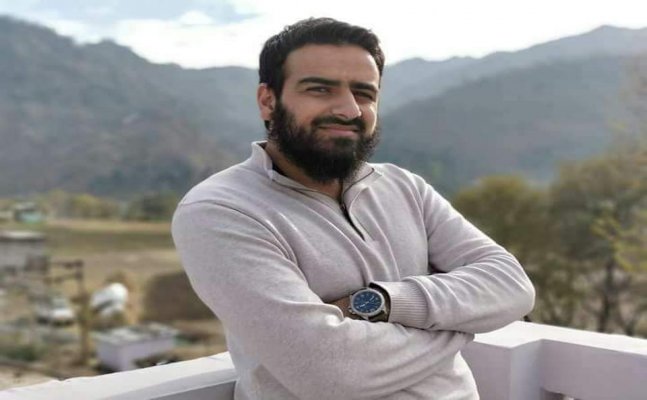 Anjum Basher Khan lost his home to terrorist but that didn’t stop him to chase his dreams and he emerged as a topper of KAS.

Cracking the Jammu and Kashmir Public Service Commission (JKPSC) has been a dream Anjum Bashir Khan Khattak lived with since his school days, but topping the exams came as a brownie point for him.

The ambitious 27-year-old qualified the Kashmir Administrative Service (KAS) exams with flying colors in his first attempt open merit list. For the young officer-to-be, this has been a milestone, particularly because as a juvenile he had to face the wrath of the insurgency.

Khattak, who teaches math in a local government school recalls, “In 1990s, Surankote had been in the grip of peak insurgency, and in 1998, my ancestral house was torched by terrorists at Mohra Bachai (in Poonch district’s Surankote)”.

He was merely in class 8th or 9th that he started flying in the dreams of cracking the KAS exams.

Having done his engineering in computer sciences from Baba Ghulam Shah Badshah University (BGSBU) in Rajouri in 2012, he started with his preparation for the civil services on his own.

Dedicating his success to his parents, who stood by his side through thick and thin Anjum said “I never went to any coaching centre. I did all the preparation by myself. My focus was on presentation”.

Anjum’s family has an educational background, his father Mohammed Bashir Khan is a retired lecturer and his mother Ghulam Fatima is a government teacher. And coming from an academic background helped him to stay focused.

During his days in BGSBU, he developed a keen interest in current affairs, politics and public administration, taking his interest forward.

Talking of his secret mantra of his success, he reveals, is not in spending hours only on books. “One must be consistent and should study topics. I never studied after 11 in the night.”