Sports minister Vijay Goel on Thursday felicitated PV Sindhu and Saina Nehwal as they had made the country proud by winning Silver and Bronze medals respectively at World Badminton Championships. Kidambi Srikanth, Pullela Gopichand among others were also felicitated at the event.

PV Sindhu and Saina Nehwal had made the country proud by winning Silver and Bronze medals at World Badminton Championships. Both Sindhu and Saina have been felicitated by Sports Minister Vijay Goel on Thursday. Kidambi Srikanth, Pullela Gopichand among others were also felicitated at the event. Goel praised the players for their stellar performance while representing India and  also praised Pullela Gopichand for his contribution. 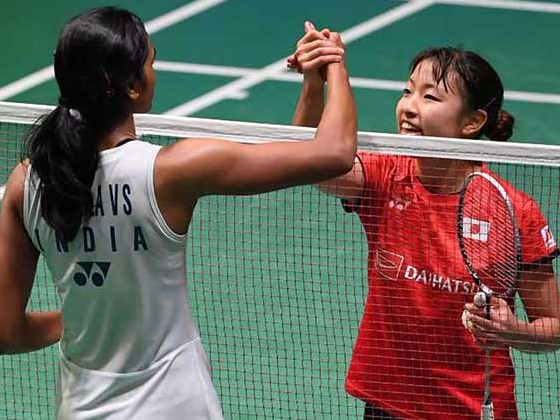 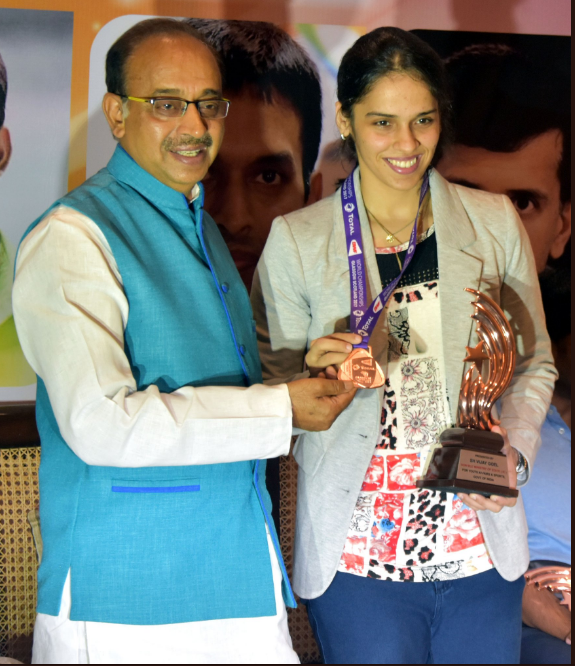 Both PV Sindhu and Saina Nehwal lost to Nozomi Okuhara, who became the first Japanese women's singles champion at the World Championships as she defeated Nehwal in the semi-final and then Sindhu in the final.

The two badminton queens stepped up on the big stage. More power to these two! ?? pic.twitter.com/k9301ICYaO

Well played @Pvsindhu1! We are proud of your game at the @2017BWC finals. Congratulations.

“Badminton in India as a sport has grown many folds. Many upcoming and bright players are coming up. The World Championships final is one of the longest match I have ever played. At 20-20 in the last game it was anybody’s game but in the end it was not my day,” said PV Sindhu.

On the other hand, Saina Nehwal who went into the Championships as the underdog, surprised everyone. She made a strong comeback from injury and proved that she is still is a force to reckon with. “We would like to thank the government and the Sports Minister for their continued support throughout the year. Sports is becoming quite popular in our country because of the encouragement from the government. The facilities have improved and we shuttlers need to believe in ourselves. If that happens we can come stronger and rule the sport like China, Japan and South Korea,” said Saina Nehwal.