The likes of Neymar, Kross, Xavi took baby steps in this very competition and went on to become the superstars they are now. Similarly, in this edition of the tournament, there are some of the best young footballers in the world, who could take the tournament by storm and increase their already high reps.

The FIFA U-17 World Cup is less than a day away and everybody is gearing up for the holy grail of youth football. The youth tournaments are a platform where youngsters use to announce themselves to the world and the U-17 World Cup is no different. The coaches, scouts and clubs will have a keen interest in the tournament as it provides an opportunity to watch premier under 17 footballers performing on a global stage. 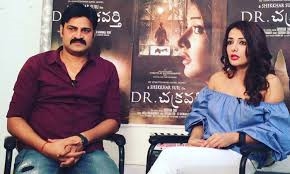 The likes of Neymar, Kross, Xavi took baby steps in this very competition and went on to become the superstars they are now. Similarly, in this edition of the tournament, there are some of the best young footballers in the world, who could take the tournament by storm and increase their already high reps.

The product of famous La Masia, Ruiz was captain and top scorer as Spain beat England in U-17 European Championships. The 17-year-old has all the qualities to be a success and Barcelona are aware of his potential and despite his youth, there’s a lot of hope pinned on him. Ruiz is the leading scorer in Spanish U-17 history with 19 goals and features regularly off the bench for Barca B in the Segunda Division. He scored his maiden goal for Barcelona B against Granada in his first start for the team.

The American caught the eye of scouts from around the globe when he becomes the youngest scorer for his country at the FIFA U-20 World Cup and recently signed a contract with German club Werder Bremen. Josh played an important role in qualification scoring five goals and is a fitting poster boy to the recent development football has seen in the States.

The amount of young talent immerging from France is incredible and Amine Gouiri is one of them, the technically gifted striker will be looking to hurt opposing defences with his pace and lethal finishing. Gouiri will play an important role in his team success and should be competing for the Golden Boot. The Lyon forward scored 8 goals at the Euro U-17 Championships, equaling the all-time tournament record in Croatia.

Another striker on the list, Germany’s Arp was the best performer in the German side during the U-17 Euro Championship in Croatia. The young gun is a starter for Hamburg in the youth league and so far has scored a remarkable 36 goals in 44 matches for the club’s U-17 side. Recently the Hamburg striker became the first Bundesliga player to be born after 2000 to feature in the league.

Even though he will only feature in the group stages of the tournament, it is very difficult to leave out a player of Sancho’s calibre out of the list. The former Manchester City youth star signed for German side Dortmund in the summer and was handed number 7 previously worn by Ousmane Dembele. The England forward had a very good Euro U-17 championship where he was named the Golden Player of the tournament. Sancho is regarded as the most gifted English player of his age with incredible technical ability.