Bolt received the baton with Jamaica in third, but halfway down the finishing straight the towering sprinter pulled up clutching his left thigh.

Legendary sprinter Usain Bolt ended his glittering career in a rather disappointing manner at the World Athletics Championships. Bolt failed to win gold in his last individual 100m, taking bronze and suffered a massive heartbreak in the final race of his career, running the final leg of the men’s 4x100 relay for his country, Bolt failed to finish after his hamstring pulled up and failed to finish the race. 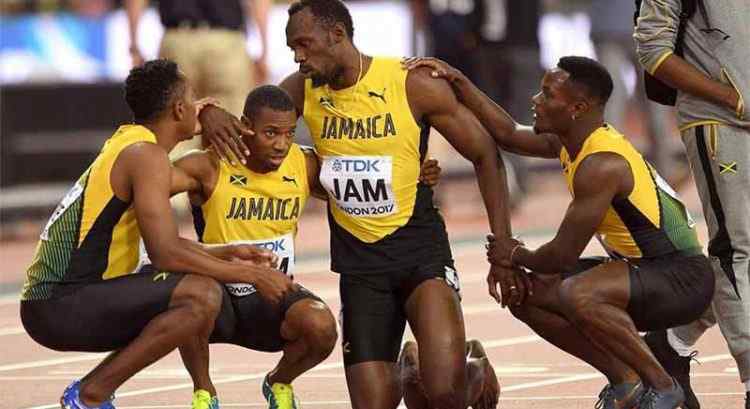 Bolt received the baton with Jamaica in third, but halfway down the finishing straight the towering sprinter pulled up clutching his left thigh, eventually doing a forward somersault to the ground, to gasps from the 60,000 sell out London Stadium.

However, Bolt is a massive Manchester United fans and his favourite team registered a comprehensive win in their opening match of the Premier League 2017-18 season, easing his pain and end a rough week.

After a rough week it's good to see victory for @ManUtd

Manchester United easily defeated West Ham United 4-0 in their opening game, their new signing Lukaku enjoyed a dream debut for the Red Devils, scoring a brace while Anthony Martial and Paul Pogba also got their name on the score sheet.