Aanchal's feat is a massive breakthrough for the sport in India and both Prime Minister Narendra Modi and Sports Minister Rajyavardhan Singh Rathore congratulated her for the massive achievement.

Aanchal Thakur, hailing from small but beautiful hill station of Manali created history by becoming the first Indian to win an international medal in skiing after winning Bronze at the prestigious Alpine Ejder 3200 Cup organised by the Federation Internationale de Ski (FIS) at the Palandoken Ski Centre in Erzurum in Turkey. 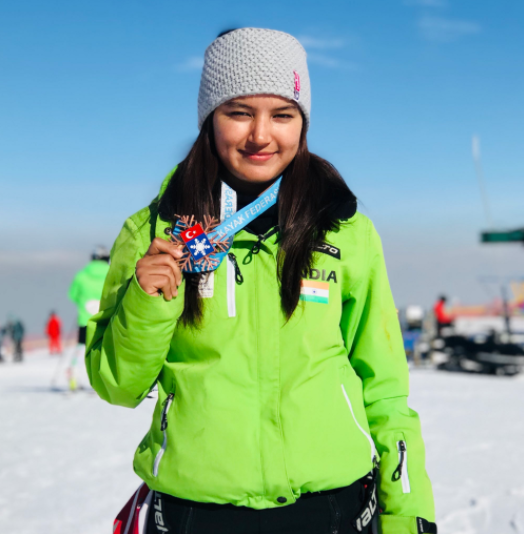 The 21-year-old achievement is incredible and special as there is no culture or even proper infrastructure for winter sports in India. It is very tough to find sponsors which were case with Aanchal as well, her journey has either been financed by her father or FIS. 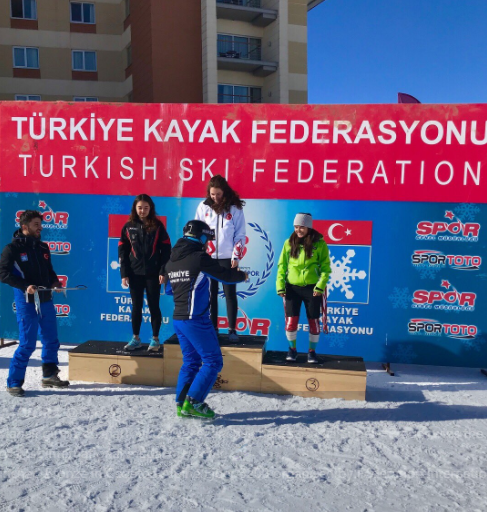 The athlete hardy gets support from the government and those participating in winter sports in India get negligible support from Union sports ministry.

Thakur has previously represented India at the 2012 Winter Youth Olympics that took place in Innsbruck and also took part in the Alpine skiing – Girl’s Slalom and Girl’s Giant Slalom events. 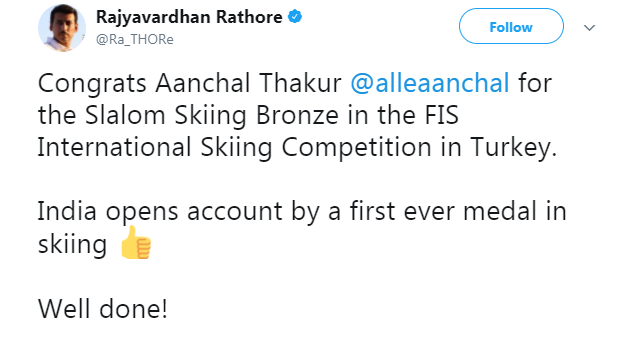 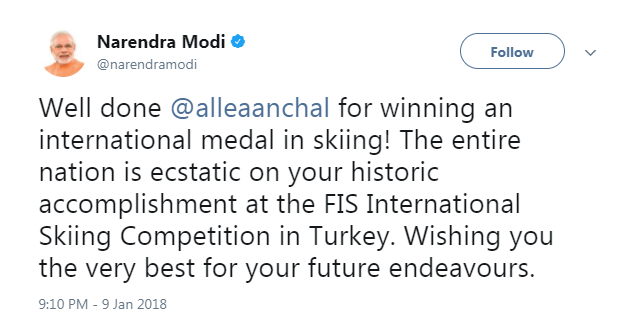 Aanchal's feat is a massive breakthrough for the sport in India and both Prime Minister Narendra Modi and Sports Minister Rajyavardhan Singh Rathore congratulated her for the massive achievement.