On WWE Raw, two of the strongest men, Braun Strowman and Big Show met in the dangerous Steel Cage match only for the younger Strowman to destroy the veteran in the end.

Braun Strowman (the monster)  challenges Brock Lesnar (the beast) at No Mercy for the WWE Universal Championship but before that he had a strong message for the champion. Strowman went one on one against the world’s largest athlete, Big Show in a steel cage match on WWE Raw. Strowman displayed power and strength like no one else in the WWE . After defeating the Big Show and with Show lying on the mat, Strowman said-

"Brock Lesnar at No Mercy this right here (pointing at Big Show) is your future and mine is becoming the new Universal Champion." 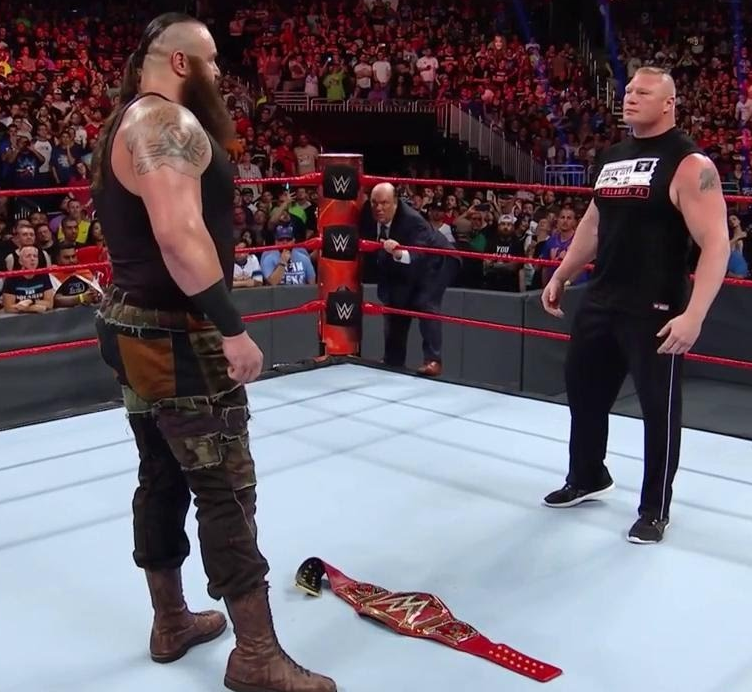 During the match, Braun Strowman also hit superplex on Big Show, but unlike before the ring idi not explode this time. Big Show did have his moments including a KO and elbow drop from the top but Strowman just proved too strong for the veteran Superstar. Strowman hit  a running powerslam on Big Show for the Win Over Show.

After pinning Big Show, Braun Strowman did not stop just their.  He picked up a beaten Show and  hit another running Powerslam but this time throwing him right out of one of the cage walls. In the end, Big Show needed help from officials to get to the back.