The Odisha Men's Hockey World League Bhubaneswar 2017 will begin on December 1 with the first match between Germany and England while India will meet Australia in the second match of the day.

For Nilam Sanjeep Xess, an 18-year-old fullback from Sundargarh district, volunteering at the upcoming Odisha Men’s Hockey World League Final Bhubaneswar 2017 also means that he gets to watch and follow top international teams from close quarters. Nilam is not new to international hockey. He was the skipper of the Indian U18 Men’s Team that won the U18 Men’s Asia Cup in 2016. He was also part of the India ‘A’ Team that participated in the Australian Hockey League in Perth. With the Season Finale being played in his home state, he was more than excited to volunteer for the event. 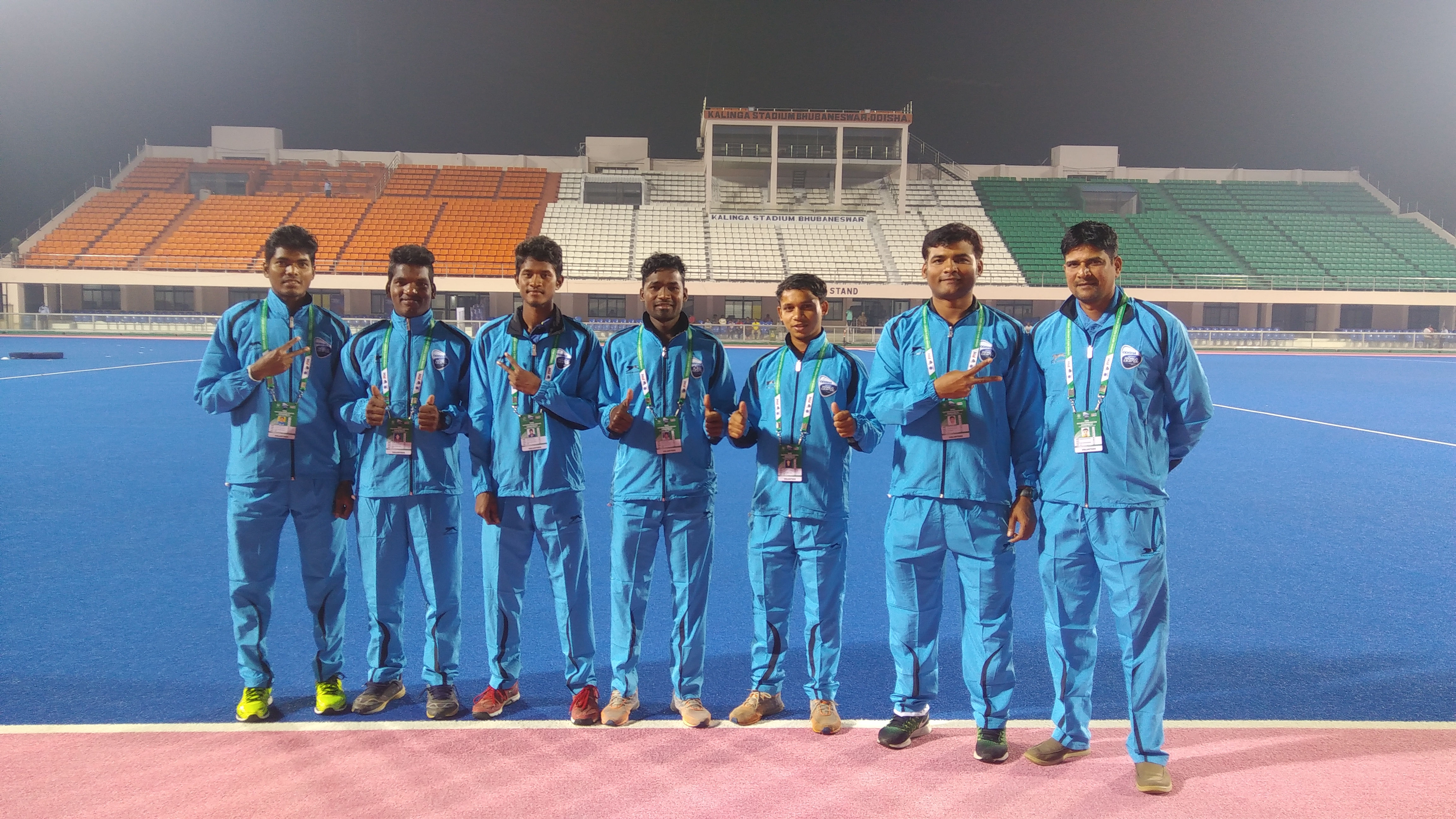 Nilam will be among the 200 plus volunteers who have been engaged to ensure smooth operations during the prestigious event. “It is great pride that such a big event is happening in my home state. Though during the Hockey India League, I have played with many of the players who will be here for the event, to watch them turn up for their national teams will be a different experience. I can get to watch them closely, how they prepare for a match, how they unwind, how they train in the practice session during tournaments. This will be an experience that will undoubtedly benefit me to improve my game too,” expressed the lanky Odisha lad.

“When the 2014 Champions Trophy took place here at the Kalinga Stadium, I watched all matches from the stands. I was inspired by the performances of our players there and decided then that I should also play for India. Now with a big event coming back to Bhubaneswar, it is inspiring for many of us to be part of it in some way or the other,” he added.

Like Nilam, four other state players Binit Ekka (18), left half for the state team, Ashwin Kujur (18) forward, Chandrakant Barik (20) fullback and Ashok Lakra (20) forward will be volunteering at the event. While volunteering will be a great learning experience for the young lads, the fact that their home state players Dipsan Tirkey, Amit Rohidas and Birendra Lakra turning up in national colours is also a big inspiration for them.

Biswa Ranjan Sarangi (39) who officiated as a Judge at the recently held Hero Men’s Asia Cup also from Bhubaneswar will be associated with the event as the volunteer. He will be joined by national umpire Rajen Ekka and Nishan Jyoti Mohanty (31) as the volunteer. “It is a proud moment that the world’s top teams will be here in my native to play this event. I would like to use whatever knowledge I have in hockey in my volunteer duties and this experience will certainly help me understand further the intricacies of hosting a big event,” stated Sarangi.

With six days to go for the Odisha Men's Hockey World League Final Bhubaneswar 2017, hockey fever rises in the city as International teams participating in the coveted Season Finale will start arriving November 26 onwards. England and Defending Champions Australia, who are grouped with India in Pool B, will arrive at the Biju Patnaik International Airport on Sunday. World No.3 Belgium too will land in the temple city of Bhubaneswar on Sunday while World No.1 Argentina, Germany and the Netherlands will arrive on Monday, November 27. Spain will arrive on November 28. India will play their first practice match against Argentina on November 27 followed by a match against England on November 28. 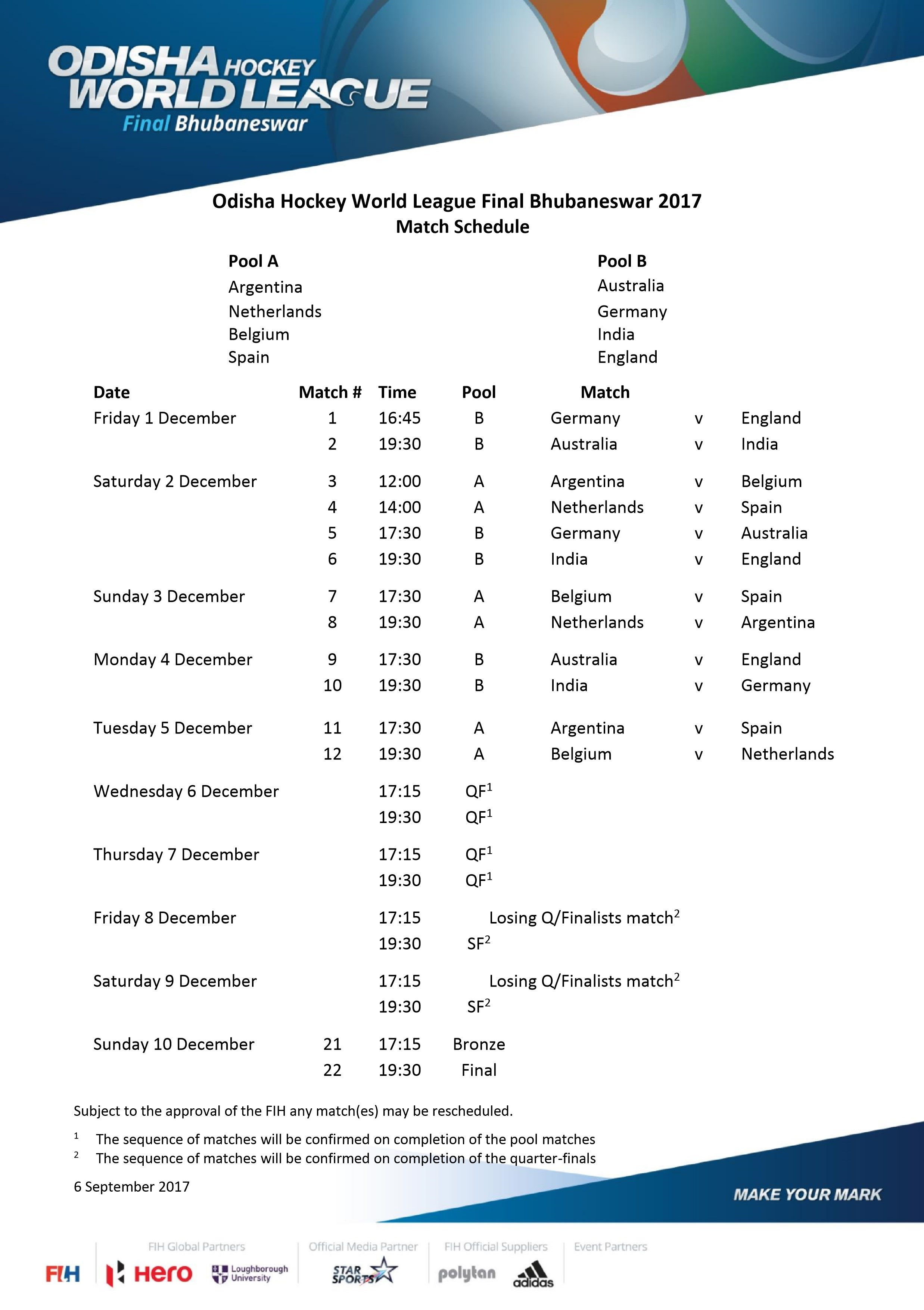 The Odisha Men's Hockey World League Bhubaneswar 2017 will begin on December 1 with the first match between Germany and England while India will meet Australia in the second match of the day.