No Indian has ever qualified in the men's javelin throw final round in any world championship.

Davinder Singh has become the first Indian to qualify for the final round of the javelin throw in the World Championship while his compatriot Neeraj Chopra crashed out in the qualifying round. 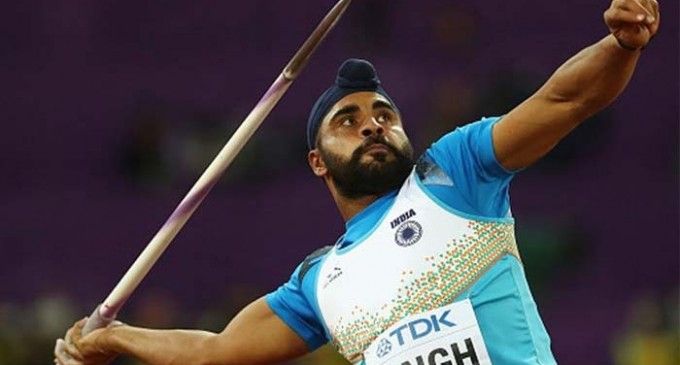 Davinder who was carrying a shoulder injury which he suffered during the Indian Grand Prix in New Delhi in May, managed to send the iron spear a distance of 84.22m which placed him in the seventh position among the final round on August 12. "I have been carrying a right shoulder injury which I sustained in May during the Indian Grand Prix but it is not that a big problem. Our team masseur put these straps today and I am OK. But I had to ask my friend Sri Lankan competitor (Waruna Rankoth Pedige) to do some stretching before my third and final throw," he said showing his right shoulder injury.

"It (injury) will be all right after tomorrow's rest. I want to give my best in the final round on August 12 and win a medal for the country," he added.

No Indian has ever qualified in the men's javelin throw final round in any world championship.