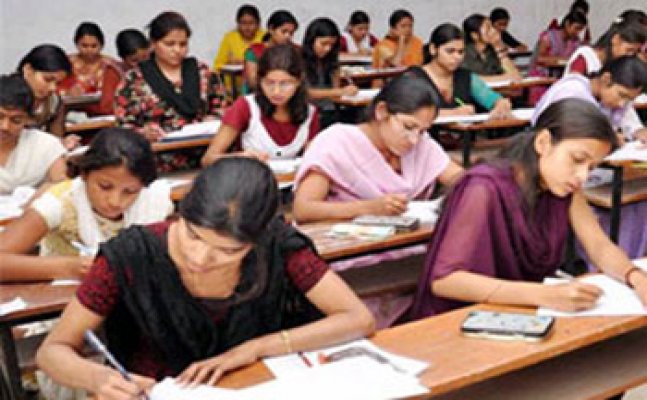 Students who have received an anonymous message that the CBSE Class 10 Maths Re-examination will be held on April 30 is fake, notofied the board. The Central Board of higher education has further asked all students, parents and teachers to ignore this fake letter. The statement also said that the Board communicates in this regard only through the official website www.cbse.nic.in.

"A fake letter in the name of Controller of Examinations, CBSE dated 30th March is doing rounds in social media saying class X exam will be held on 30th April. That letter is fake," said the board official.

"It has come to the notice of the Board that certain miscreants active on social media and other communications are trying to mislead students, parents and teachers by circulating a fake letter in the name and style of Controller Examinations CBSE," the board said in a release later.

The announcement had come after the board received complaints that the question papers for the two subjects were leaked.

The fake letter says "the Board would be conducting the Class X Mathematics (Code 041) for all candidates except the students In ME schools located abroad. The candidates will appear from the same allotted centres using the same Admit Card. The date of the said examination will be 30thApril, 2018".

In another release, the board said it held class 10 and 12 exams smoothly today as per schedule across the country amidst the call for Bharat Bandh.

The Board had to postpone the examinations in the State of Punjab at the request of Director General, School Education of Punjab Government.

In few instances at some centres in the country, the board also said the exam was delayed by a few minutes to half an hour due to the Bandh.

"However, the students were facilitated to reach the exam centres and also given additional time to complete the exam without any Inconvenience or anxiety, as per standard procedures," the statement said.

"Amidst an atmosphere charged with rumour mongering, the exams went off without a hitch. CBSE would like to thank all its stakeholders, including children, parents and schools for their extreme cooperation and for not giving heed to rumours," it said.

CBSE Class X and XII board examinations scheduled to be held in Punjab on Monday, April 2 have been postponed after Dalit organisations called for a bandh expressing concerns over the alleged "dilution" of the SCs/STs (Prevention of Atrocities) Act.

To avoid future incidents of paper leak that took the nation by storm when The Central Board Of Secoundary Examination 2018 announced re-examination for Class 12 Economics and Class 10 Maths paper, CBSE has tightened security measures much to the inconvenience of the examinees.

However, reports emerged today that, the exam started late at few centres in the national capital as many of them expressed inability to follow the new system of printing encrypted question papers, e-mailed to them, at the school itself.