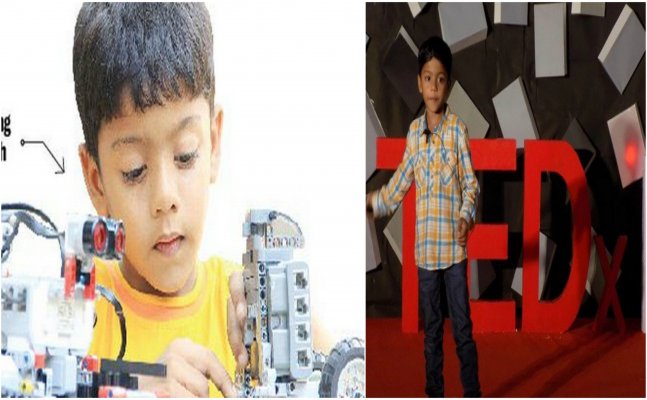 India`s youngest robot maker is here; His age will blow your mind

Saarang Sumesh, a child genius who resides from Kochi is the youngest robot maker in India. From TEDx to largest Maker Faire at Silicon Valley, USA he has been displaying his robots.

Saarang Sumesh, a child genius who resides from Kochi is the youngest robot maker in India. The young lad also worked on a smart seat belt project, in January last year.

You wouldn’t believe he created his first robot at the mere age of 4 and his inventions were inspired by daily problems. Taking inspiration from the youngest robot maker, his school has also developed a special innovation lab.

·         The belt can sense if a vehicle is upside down. In such a case, the belt automatically unbuckles itself.

·         It has specially designed accelerometers that perceive the crash and in those circumstances, the belt does not open immediately

·         The water and fire sensors  in the device can become aware of water and fire, and if these are detected, the seat belts open automatically

·         In the case of fire without accident, fire alarm in the device will display it to the driver and he will be able to park his vehicle and escape safely

How the idea generated:

The device was generated after he overheard a conversation between his parents recounting problems of normal seat belts in a school bus that do not easily release after an accident and therefore bear out to be a big danger for children. Saarang wished to make this for kids in school buses and that is how he came up with the smart seat belt idea

List of achievements of the youngest robot maker marked upon his name:

·         In the science exhibition, TECH FOSS 2K16, held in Kochi, his booth was one of the most jam-packed ones, with people gathering to see the three robots he had kept on display

·         At such an young age he has grace huge stages with his presence various tech fests, Maker Week End at Cusat, Techfoss at TocH, MakerFest at Ahmadabad (makerfest.com), LEGO league at Coimbatore

·         Saarang has been the youngest attendee in the world to be present and exhibit his creations at the largest Maker Faire at Silicon Valley, USA (makerfaire.com) in the year 2016,