The Unprecedented Rise of Online Gaming in India

The gaming industry in India has experienced unprecedented growth in the past few years. Here’s a look at the rise of online gaming in India.

India, the country with the largest youth population across the globe, is embracing the new generation’s interest in online gaming and entertainment than ever before. Here’s a look at how India is emerging as one of the gaming markets in the world.

The current state of the gaming industry in India

The gaming industry in India has attracted $350 million in investment from venture capital firms between 2014 and 2020, as per an article by The Entrepreneur. Currently, there are over 400+ gaming startups in India, of which a majority of them cater to mobile players. This is because over 5.6 billion mobile gaming apps were downloaded in 2019 and over half of Indian gamers play games on their mobile phones regularly.

The growth of social gaming in India 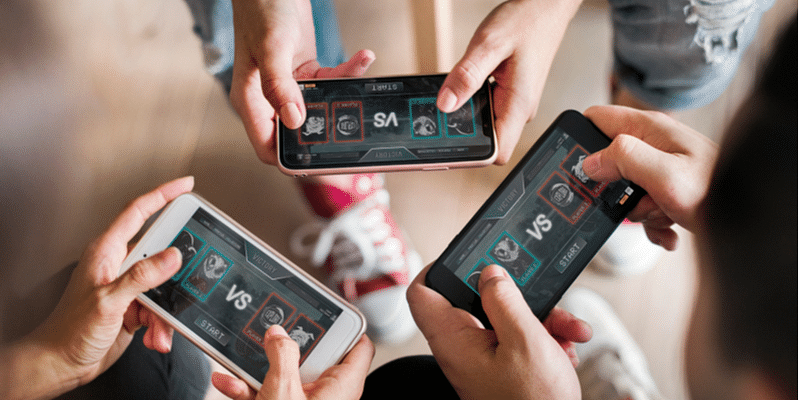 The coronavirus pandemic has led to a huge resurgence in social games in the country. With many people stuck at their home during the initial months of the pandemic, Indian favourites like rummy, teen patti and online andar bahar experienced tremendous growth in the country. This is due to the fact that instead of competing against a mobile CPU in games like Free Fire and Call of Duty, people found a way to connect with others over the internet via social games.

Other major reasons for the increased popularity of social games are the improvement in computing capabilities of mobile devices and the rise of better digital connectivity and digital payments. Today, accessing top-notch multiplayer games is way much easier than investing a huge amount of money in getting your own console or gathering with your friends to play card games. Moving forward, India is all set to be one of the key players in social gaming in the near future.

Major reasons behind the rise of online gaming in India

A young and budding market

With over three-fourth of the population below the age of 45, India is one of the largest potential markets for online gaming. And considering that more than half of the country’s gamers are aged between 18-24, it’s no surprise that India is a major country for the growth of online gaming.

Most gamers in India prefer playing games on their mobile devices, and purchasing a smartphone or tablet is easier and affordable than ever before. Also, most modern smartphones have managed to reach refresh rates as high as 120 Hz, making the whole gaming affair more immersive and authentic one.

In the past few years, the trend has shifted towards localized content in the country. This has led to an increase in developers creating games that come in local themes and languages to cater to the local gaming audience.

With the rise of online payments in the country, fintech firms have rolled out various effective payment options such as e-wallets and prepaid cards to suit player’s preferences. Availability of easy-to-use payment platforms such as Google Pay, Paytm and PhonePe means that players get easy access to all their favourite online titles anywhere, anytime.

Several foreign companies have taken note of the untapped potential of the Indian gaming market and have invested in these new opportunities. Considering that the market is expected to experience a 40% YOY increase, it’s likely that the gaming sector would see some notable investments in the near future.

The Indian Gamers and regulations

In the past few years, consumer trends in India have started shifting towards more aspirational consumption patterns such as leisure and entertainment. This is largely due to the availability of more disposable income and the widespread use of the internet and social media.

In India, certain games have been synonymous with gambling long before they went digital. While games of skill are usually permitted in most states, games of chance are prohibited under various laws enacted by the Government of India. Hence, many games in India still require permissibility by law, putting various aspects of gaming in India within a grey zone.

Whether a game is a game of chance or game of skill is decided through judicial pronouncements, which varies for state to state. Horse racing betting and fantasy sports are all regarded as games of skill. On the other hand, Rummy and Poker are deemed as games of skill in some states but are restricted in others.

Recently, Niti Aayog has proposed a draft in an attempt to bring a central authority body for fantasy sports in India. A single self-regulatory organization for the fantasy sports industry should be recognized by the government,” says the report. However, the draft is targeted specifically towards fantasy sports games as of now, and not skill-based games.